What To Do After Getting Rejected From College

I know first hand how tough it is to get through your senior year after getting rejected from college. I am sharing my own personal college admissions experience and everything I wish someone told me throughout it all.

Although it may not seem like it, everything I do on my blog is strategized. From what I post to when I post it to exactly what I write. However, I am going against everything I have taught myself for this article.

Because the purpose of this article isn’t to get as many views as possible. The purpose is to reach that one person who was like me. The person who needed to read something like this to get them through what felt like the worst time in their life.

While most of my articles are about you as the reader, this one is more personal to my admissions situation. I’ll go through my experiences and how I managed through it.

This post is all about what to do after getting rejected from college.

Getting rejected from college: my experience

Going into the college admission season, I considered myself a pretty decent applicant. I was at the top of my class, had a perfect test score, was the president of two clubs, ran a successful blog, played two varsity sports, held multiple jobs, and more. I am not listing this to brag, but simply to give you some background as to who I was as an applicant.

After a lot of research and spreadsheets and more research, I decided to apply early decision to Vanderbilt University. I didn’t feel absolutely obsessed with this school, but it was just my favorite of the ones on my list. In addition to that school, I had planned to apply to 7 others.

December 15th: My family all around me and my computer ready to click to see my decision. Rejected. I sat there dumbfounded at the fact that after all of that work, all the hours of dedication, the college rejected me. Personally, I did not feel absolutely attached to the school. Because of that, I felt more upset over rejection and the fact that I had to keep going than not being able to go to that school specifically.

That night, I ended up doing more research and adding another one to my list. That made a total of 8 more schools.

December 27th: I found out one of my early action safety schools deferred me. This scared the sh*t out of me and made me think I wasn’t going to get in anywhere. I was sad–not so much that I couldn’t go to this school, because it wasn’t at the top of my list, but because in my head it was another rejection. I felt terrified that this was a preview at my future decisions. With only 4 days until the January 1st application deadline, I stressed-applied to 2 more schools. I felt terrified that I didn’t have enough on my list and that I would not get in anywhere.

January 28th: Deferred from yet another early action school that I had considered a target school. Now I felt really scared. At this point in the game, almost everyone I knew was in somewhere, even if it was a safety. And then there was me, who faced rejection and then deferral and then another deferral. As a student who tried so hard at everything I participated in, it was heartbreaking and terrifying to see everyone in all these schools and me being nowhere.

February 16th: One of the schools I applied to admitted students early if they received a scholarship. Although the odds this would happen for me were slim, I let my hope get the best of me and thought there was a chance. Denied. While I didn’t feel crazy upset about not getting a scholarship, this just added salt to the wound of rejections.

If you are keeping track, that’s now one rejection, two deferrals, and one scholarship rejection. Zero acceptances. At this point, I had 10 schools I would have to wait over a month to hear from.

March 16th: An entire month later, I got my first acceptance into one of my safety schools. The odds I was going to go to this school were extremely low, but just getting in somewhere, anywhere was exactly what I needed. I had gone so long only getting rejections, while so many of my friends got acceptances, that I needed something. The relief to know I would be going to college next year was an indescribable feeling.

March 24th: Accepted into one of my top schools. During my one month wait for all of these decisions, I really thought through all my schools and ranked them. I had 5 top schools (all of which I would be happy attending) and 5 bottom schools. On this day, I got into one of my top 5 schools, which was absolutely incredible. It finally felt like something was paying off. I am not joking when I say I stared at the congratulations screen for a solid 15 minutes.

March 25th: Waitlisted at a target school and rejected from one of my top 5 schools. I’m not gonna lie, this day kinda sucked, but it wasn’t horrible. The target school that waitlisted me fell in the bottom 5, so I did not feel too disappointed about this. The other one that rejected me was definitely disappointing, but there was nothing I could do. It was just another rejection to add to the pile.

March 30th: Waitlisted from another safety and waitlisted from a target school. At this point, I was just adding up the number of waitlists I could be on.

March 31st **ivy day**: Waitlisted from one and rejected from the other. This day was one of mixed emotions. While it definitely hurt not getting into those two schools, one of which was one of my top choices, the moment I got the final rejection letter was the moment I had a decision on where I was going to college.

If you are keeping score of it all, my grand total of college admissions was 2 rejections, 5 waitlists, and 3 acceptances. Of those 3 schools I got into, two were safeties and 1 was on my top 5 list. So once I heard back from the ivies that night, the college admissions gods had made my decision for me. That school ended up being Washington University in St. Louis.

Now that you know my timeline, I’m going to switch gears and talk about my thoughts throughout it all.

Don’t compare yourself to others

One of the biggest mistakes I made throughout this whole process was constantly comparing myself to all my friends around me. I caused myself a whole lot more stress than necessary because I worried myself over the fact that everyone around me was already accepted into schools and I still had no acceptance letters.

In hind sight, the only reason for this was because the schools I chose to apply to had later decision days. But in the moment, I overlooked this fact and only saw rejection.

For anyone else in this situation, the one thing you need to know is that you will get in somewhere and you will get in eventually. Everyone’s timelines are so different during this entire process, so comparing one person to another is absolutely useless.

It hurts to see other people getting into schools, especially when it’s places you wanted to see an acceptance letter from, but your time is coming.

It will all end eventually

While it might seem like college admissions is a never-ending process, remember that there is a light at the end of the tunnel. In the moment, the waiting is absolutely horrible, but the day will come when you hear back from all of your schools and you will make a decision. And it will all be over.

Then the fun part begins… actually going to college!

Wallow and then move on

It is absolutely awful when you get rejected from college.

Whether it’s an early or regular decision school you don’t get an acceptance from, take the night to wallow in it. You can be sad, you can be mad about it, but only for that night. Let it all out that night and sit in the sadness for a little.

But, the next day–or week if you need more time–you need to pick yourself up as best as you can and move on. This happened for a reason, even if you can’t for the life of you figure out what the reason is at that moment. You need to let it all go and pick yourself up for the next school.

Something even better is going to come around. In a few months you won’t be thinking about the rejection anymore.

You will end up where you need to be

I am going to be honest, I don’t think I would have ended up at WashU unless it was quite literally the only school I got into. In hind sight, I think everything that happened during my admissions experience was the universe’s way of pushing me to the school that I needed to be in. Getting rejected from college felt absolutely horrible, but it needed to happen.

Since being here for almost a semester, I can say with 100% certainty that this is exactly the college for me. While I didn’t think that would be the case for the majority of my admissions process, I am certain of it now. In fact, when I visited the school for the first time, I almost took it off my list. I ended up applying anyone just because and I am beyond thankful that I did.

I found the place that was meant for me and I promise you are going to find yours too. It may not seem like it now, but you will. Everything happens for a reason.

This post was all about what to do after getting rejected from college. 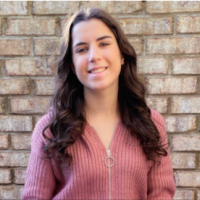 Hey there! My name is Bri and I am a college lifestyle blogger! I love organization, productivity, cooking, baking, reading, and photography. Throughout my blog, you will find a little bit of all these passions! My goal is to help high schoolers, college students, and young adults, whether it be by creating a functioning living space or learning how to cook healthy meals.

My Desk on a Virtual School Day

The Guide to Being a Successful Online Student

10 Best College Planners For Every Type of Student 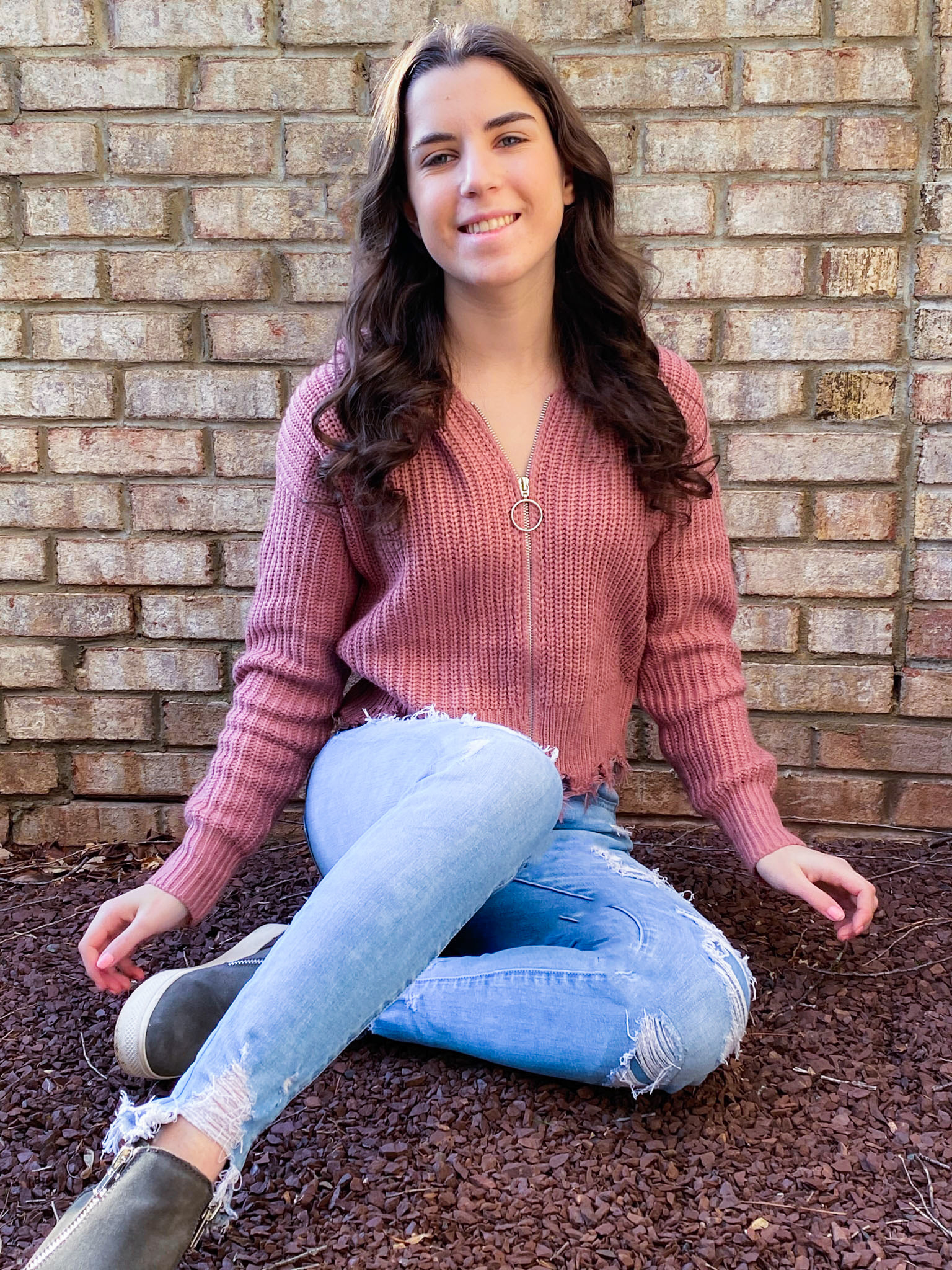 I'm so happy you're here!

I'm your not-so-average college freshman. This blog is a look into my head at all things dorm decor & organization, productivity, and school tips to help you simplify your life!